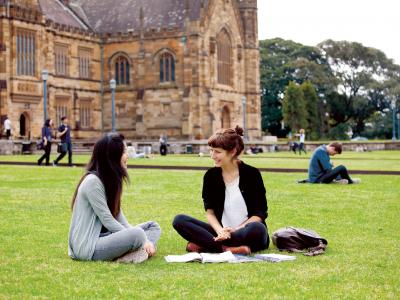 Turkey has a unique strategic location at the crossroads of East and West, linking the country with 10,000 years of history and enjoys a wide range of climate and geographic diversity as part of Asia and Europe. Today, anyone can easily see the effects of different cultures throughout the country, including remote suburbs.
Since its establishment as an independent state in 1923, Turkey has made successful strides in providing welfare to the people within the framework of the free economic system and its existing international and commercial relations with Western countries.
Turkey has some of the most modern cities in the world, with its dynamic economy and cultural diversity, the country offers a quality of living comparable to the most advanced cities in the world, the main difference between Turkish and world's cities, is the  mixture of cultures, especially Islamic Eastern culture.
Turkey is one of the most suitable countries with a distinctive environment for education so it is ideal for students who want to study abroad.
Almost all Turkish cities includs universities and colleges, the number of universities has increased from 76 universities 10 years ago to more than 200 universities in addition to those are currently under construction. Many Turkish universities have reached high levels and classification in the region and the worldwide.
University fees and the cost of living in Turkey are cheaper than most European countries and the United States. The study environment in Turkey provides you with the opportunity for modern and traditional experiences under one roof in a safer and more stable country. Language of study is English and some institutions give a chance to learn English in it, and most importantly, the quality of studying will prepare you for a prestigious future.
Turkey is characterized by its young population, with 31% of its people are between the ages of 12-24, also the Turkish people are hospitable, the feature that derives from its ancient tradition.
Turkey provides students with a welcoming and comfortable environment, and many universities offer their advisory services to help foreign students adapt to life in Turkey.
As for housing, most of the Turkish universities have the possibility of providing housing of all kinds. There are dorms owned by each university separately, as well as private university housing. There is another alternative, especially in major cities, which is the rent of apartments and houses in partnership with other students.
Public transportation is widely available such as bus, minibus and the metro which is available in larger cities. All students have the right to benefit from cheap special tariffs while traveling in and out of cities.
Average cost of monthly expenses for the living of foreign students range from  500-600 $ at least depending on the student's lifestyle. Books and administrative fees are approximately  100-150 $ per semester.
Today, Turkey has more than 100,000 scientific researchers. It is noteworthy that Turkey raised the budget of research and scientific studies to 8.5 billion Liras in 2009 and thus became faster than the OECD countries to double the allocation of research and scientific studies.
The quality of the education and teaching staff at Turkish universities provide a great opportunity to acquire the skills that students need to catch up with the era of globalization. The universities of Turkey include the best teachers in all disciplines, and from different nationalities around the world, including university campuses with advanced libraries and laboratories, where research and study can be done to reach different aspects of information and do not forget to enjoy being a student in Turkey through multiple sports and cultural, clubs and recreational facilities.
Degrees and certificates granted by Turkish universities are recognized in most parts of the world, and you can find more information on the recognition of Turkish diplomas and certificates by consulting the relevant educational institutions in your country.
Turkey's postgraduation programs and sector has undergone a virtual revolution over the past two decades, not only the number of universities it offers, but also significantly increasing and improving the quality of education available
According to data from the United Nations Educational, Scientific and Cultural Organization (UNESCO), such a radical shift in turnout and quality of education can be attributed to the increased availability of scholarship opportunities. The emergence of higher education institutions such as Turkey has been identified as a major contributor to this encouraging trend. That the vast majority of scholarships offered to foreign students were funded by the Turkish government so Turkey is best known as an ideal destination for international students seeking high level of educational qualifications.